In this article, you will learn how to create and run Nightwatch tests on Jenkins

Jenkins is a long-term industry standard for continuous integration. Jenkins can be used to execute tests on the same instances or on cloud-service providers such as BrowserStack. You can also review the results post the execution of the tests.

1. Choose "Freestyle project" and name the project according to your project

Make sure the git branch is mentioned correctly. You can find the source code management settings under "Configure->General". 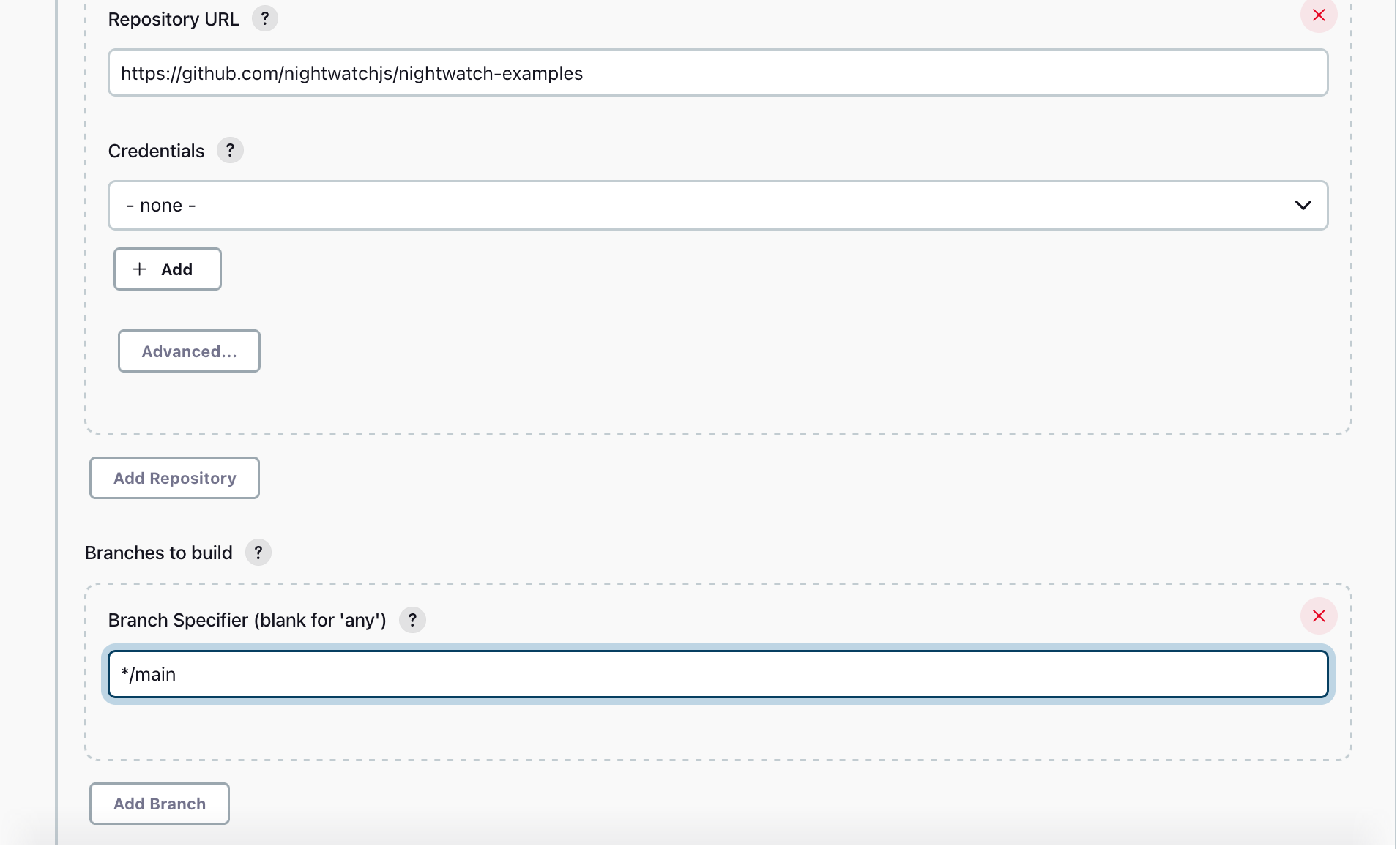 Jenkins executes the pipeline in a blank shell instance. In order to use npm commands, the NodeJS plugin would have to be installed.

4. Setup the pipeline to use the NodeJS plugin by select the Node JS option under Build Environment.

5. Add an Execute shell build step along with following commands.

Your build is ready to be triggered. When you build this job, you will notice that your tests are running on the Jenkins instance.

In order to run your tests on BrowserStack from Jenkins, setup the environment variables by going to "Manage Jenkins-> Configure System -> Environment Variables" 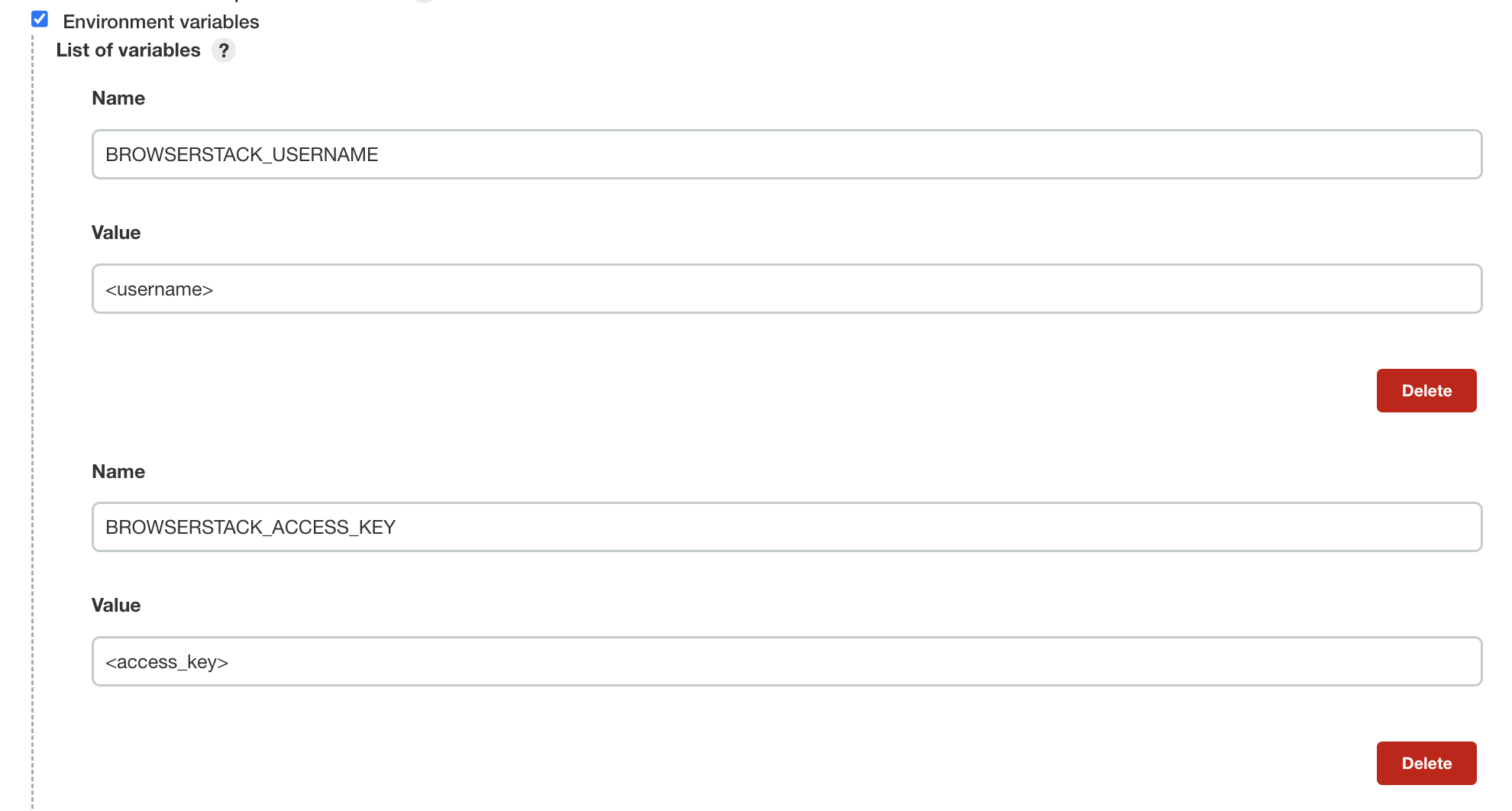 The setup is done. You can execute the tests by updating the test exection shell command in the build steps

Once you build, the tests will be executed on BrowserStack.

Nightwatch publishes XML reports after test-run the same can be used in Jenkins to publish test reports.

2. Add a post-build action to publish the XML report. Nightwatch by default uses the tests_output folder to write reports.

3. Run your tests to see the JUnit report in Jenkins.

Nightwatch also publishes HTML reports which can be published to Jenkins

1. Make sure you have installed the HTML Jenkins plugin.

2. Nightwatch by default writes HTML report to tests_output/nightwatch-html-report/ that will be used by Jenkins to publish the report.

3. Run your tests to see the HTML report under Status->HTML Report. 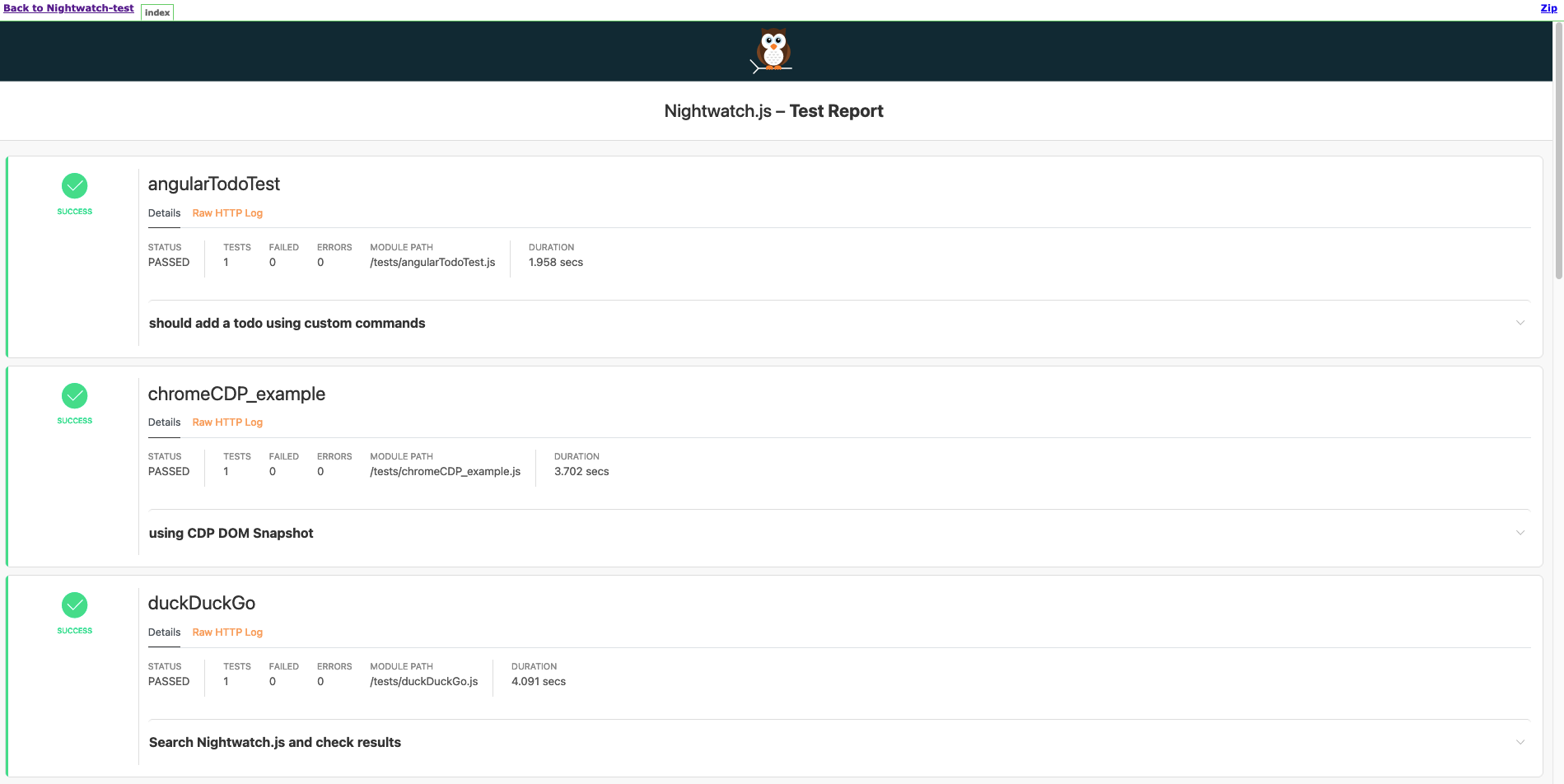 ←
Back Use.debug()
Next Page Github Actions
→