Nightwatch.js is an integrated framework for performing automated end-to-end testing on web applications and websites, across all major browsers. It is written in Node.js and uses the W3C WebDriver API to interact with various browsers.

It is a complete solution for end-to-end and cross-browser testing. It aims to simplify the process of writing and running various types of tests, including:

Nightwatch is distributed as an easy to use CLI tool and has built-in support for all major browsers: Chrome, Firefox, Safari, and Edge.

Nightwatch performs the browser automation by taking advantage of the industry standard protocol WebDriver, which is defined as a W3C standard specification.

WebDriver is a general purpose library for automating web browsers, part of the Selenium project. It is now a W3C specification which standardises browser automation, providing a reliable and consistent protocol to remotely control web browsers via a restful HTTP API.

Created more than a decade ago, Selenium is by far the most widely used project in the automated testing industry, providing a comprehensive set of tools for browser automation, initially written for Java but now with support for most programming languages.

Nightwatch can also be used for distributed cross-browser end-to-end testing at scale together with the Selenium Server (also known as Selenium Grid), which is an open-source project written in Java that manages a network of WebDriver nodes.

Nightwatch also can be integrated with cloud-based testing platforms like Browserstack, SauceLabs, CrossBrowserTesting, or LambdaTest. 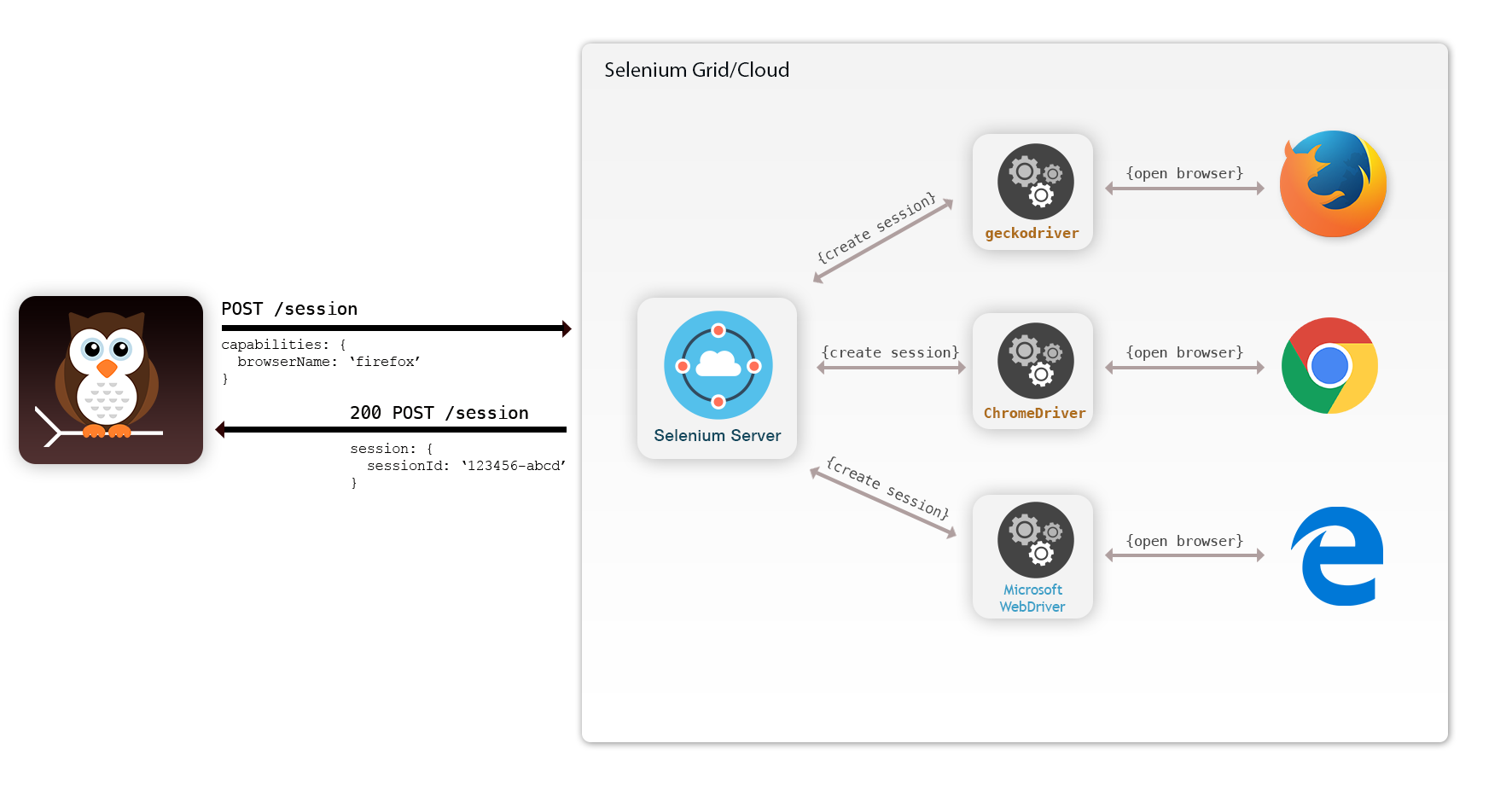 WebDriver is implemented by all major browser vendors as a W3C compliant HTTP service.